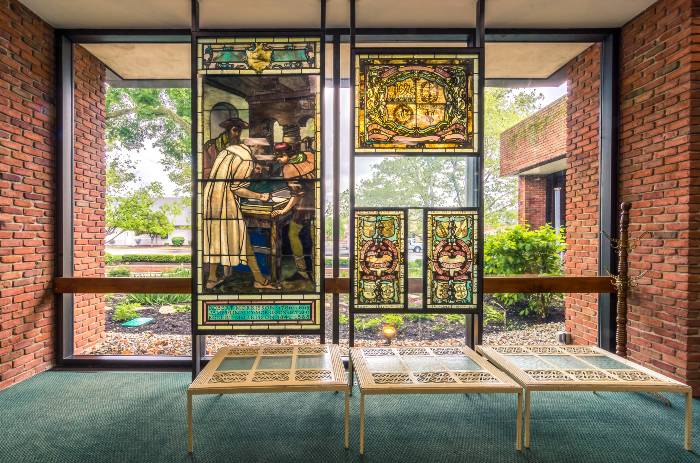 The products made by East Central Indiana’s glass manufacturing industry are strong, endlessly recyclable and sustainable. The industry’s impact on the region’s economy could be described the same way.

Multiple glass manufacturers launched operations when abundant reserves of inexpensive natural gas were discovered more than a century ago and the Ball Brothers relocated the Ball Corporation to the area. Consolidations and economic headwinds reduced the number of companies and jobs over time. The Ball Corporation, the namesake of Ball State University, diversified into the production of plastics and aerospace technology. Today, the industry is represented by two major glass manufacturers, Ardagh Group and Owens-Illinois, which have invested millions to modernize and upgrade facilities and continue to create well-paying manufacturing jobs.

The natural gas that attracted the industry may have played out, but the companies benefit from a resource that is just as important – a workforce with generational experience in the industry.

“Built in 1904, this factory specializes in production of glass containers for the foods and spirits industries. Ardagh Group is the largest employer in Randolph County, with a workforce of over 425 dedicated men and women,” says Ceann Bales, Randolph County Community & Economic Development Corporation executive director.

In the 1950s, ’60s and ’70s, the glass factory employed nearly 1,200 people and was the hub of economic vitality in Winchester. The city was also the home of multiple glass-related industries that employed an additional 400 people during those years. “The changes in manufacturing over the past 30 years have had a dramatic impact on Randolph County. However, Ardagh continues to anchor the local manufacturing economy in this rural community,” Bales says.

Winchester’s location is another plus. Ardagh’s plant specializes
in the production of liquor bottles. The city’s proximity to distilleries
in Cincinnati, Ohio, and Lawrenceburg, Indiana, gives it a logistics advantage, she says.

Ardagh Group invested nearly $71 million in its Winchester facility between 2015 and 2016, making it one of the most modern glass
container manufacturing facilities in North America. The plant is
capable of manufacturing about 1.5 million glass bottles and jars
per day.

Ardagh’s economic impact extends beyond the production of glass. Maintaining the equipment is another sourceof jobs. The company has facilities for repairing and rebuilding machinery in Grant County, where it employs about 75 people, says Tim Eckerle, executive director of the Grant County Economic Growth Council.

In Madison County, Owens-Illinois employs 225 workers at its facility, which produces glass bottles. It is one of the county’s top 25 employers. The company invested about $20 million in 2015 to expand capacity.

It’s fitting that an industry with such historical and current significance should have a museum devoted to it. The Glass Museum at 309 S. Franklin St. in Dunkirk is open to the public from May through October. The museum’s collection includes 8,000 unique pieces of glass.

The city of Dunkirk has its own rich history in glass manufacturing dating back to the “boom era” of the early 20th century, says Travis Richards, executive director of the Jay County Development Corporation.

“At one time, the city was home to over 20 glass factories. In fact, Dunkirk has the distinction of being the Glass Capital of Indiana. With that history, it is no surprise that the city is proud to have a major Ardagh operation as the anchor in its industrial park. The city and company enjoy a great rapport with a long and positive working relationship,” Richards says.

Geographically, the Dunkirk location is close to Ardagh’s headquarters
in Fishers and another glass manufacturing facility in Winchester.
The plant is the largest employer in Dunkirk and the third-largest
manufacturing employer in Jay County. “Many of these employees are the second or third generation in their family to work in the industry. This translates to a deep knowledge and pride among the workforce,” Richards says.

Prev Post Start It Up: Resources are at the ready for new business ideas
Next Post  Welcome, World: Region attracts significant international investment